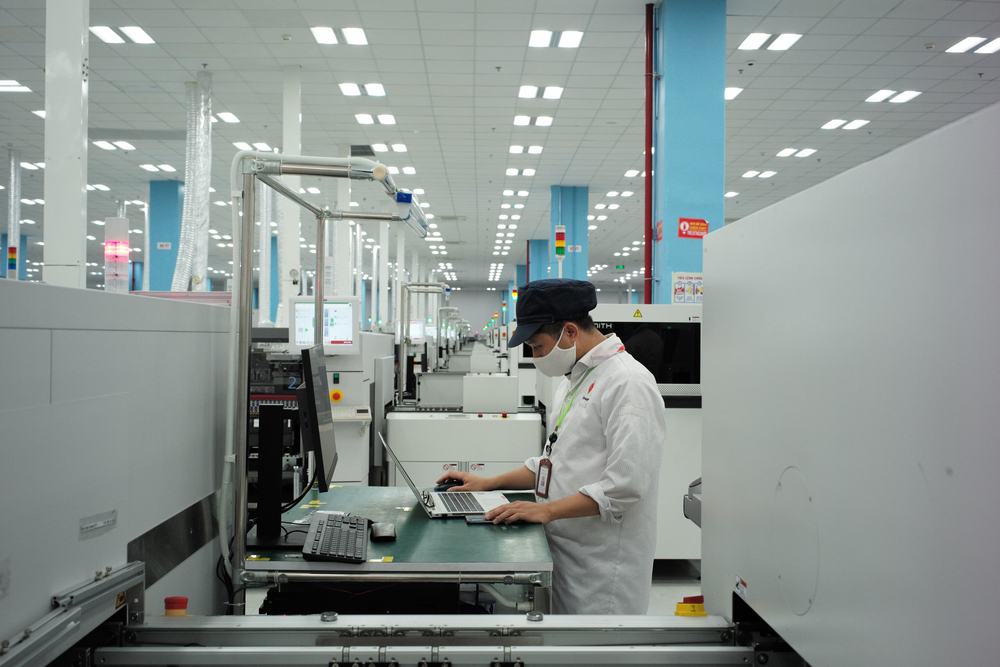 Vietnam and industry: what drives its success?

Located in the east of Southeast Asia, lies a humble nation of 96 million people: Vietnam. It was one of the poorest countries in the world until strong economic reforms took hold in 1986.

Coupled with the effects of globalization, Vietnam has been pushed straight into a middle-income economy in one generation, and has since been on the path to higher economic development.

ASEAN is a growing digital economy giant – Google, Temasek and Bain predicted in their annual e-Conomy SEA report that the region would reach a Digital economy of $ 1 trillion by 2030.

This prediction is further strengthened with the launch of the Regional Comprehensive Economic Partnership (RCEP) on January 1 of this year, which remove up to 90% of customs duties on cross-border trade on exports and imports within 20 years for member countries.

The speed at which ASEAN is digitalizing cannot be underestimated. The Covid-19 pandemic, while being a horrific bane to the world, has helped accelerate digitization globally, particularly in ASEAN.

Lockdowns in the region have pushed consumers to obtain their goods and services through online means. This has brought more people online, not only for work, but also for entertainment, shopping, food, groceries, etc.

The report from Google, Temasek and Bain pointed out that SEA’s stubborn growth is primarily driven by e-commerce and food delivery, and the two verticals are expected to propel the region’s internet economy over the next decade.

He divided the markets into three segments: mature, developing and emerging.

Over 80% of cross-border e-commerce companies in Indonesia, Malaysia, Philippines and Vietnam believe the Southeast Asian market is the fastest growing.

Here are the top three areas of cross-border e-commerce sales among APAC countries:

Vietnam is well known for being a hub for manufacturing operations, especially by high-income countries that embrace the “China plus one” strategy.

Also known as ‘Plus One’, it is a business strategy in which companies diversify their investments in countries other than China in order to reduce their dependence on China.

The costs of doing business in Vietnam, especially for manufacturing, are low, due to affordable overheads such as buildings, land, and labor.

It also comes with progressive tax policies for foreign companies, as well as benefits for companies that use green energy or have plans to incorporate it.

Vietnam has appropriate policies to support the promotion of FDI, and a greater focus on the establishment of a neutral and liberal environment.

It also provides the necessary conditions for the effective decentralization of FDI management and promotes support from other industries and closer consultation with existing and potential investors.

But perhaps the most compelling aspect of doing business in Vietnam is its location and accessibility. Vietnam’s manufacturing and processing sector was the largest in terms of FDI, at 58.2% in 2020 – and for good reason.

The nation is very strategic geographically and, compared to most of its neighbors, is very accessible to major trade and freight routes in and out of Southeast Asia and Asia.

It has a plethora of international airports, seaports and rail links, all of which facilitate the flow of production and required logistics.

The advantage of Vietnamese manufacturing?

Compared to its regional peers, it is the highest in digitization in production and manufacturing, compared to cross-border e-commerce.

In the previous figure, Vietnam appears to be constantly increasing and do decently in digitization in most other facets of e-commerce.

The generally low percentages in other areas of e-commerce suggest that Vietnam has relatively few problems with logistics, marketing, and costs, making it easy to target areas that can be further improved to facilitate cross-border commerce.

While there is still some way to go for Vietnam to tackle the more advanced digitization aspects of e-commerce, such as logistics and payments, from its sole levels of digitization in production, Vietnam seems poised to surpass mainstays such as China and even Malaysia. in certain manufacturing areas.

There is no doubt that Covid has shaken up the country’s plans over the past two years, with higher vaccination rates and a return to factories, as well as the Regional Comprehensive Economic Partnership (RCEP), Vietnam appears poised to continue to lead the region in manufacturing and production – for the foreseeable near future, at least.

Why luxury will turn to Big Data in 2022