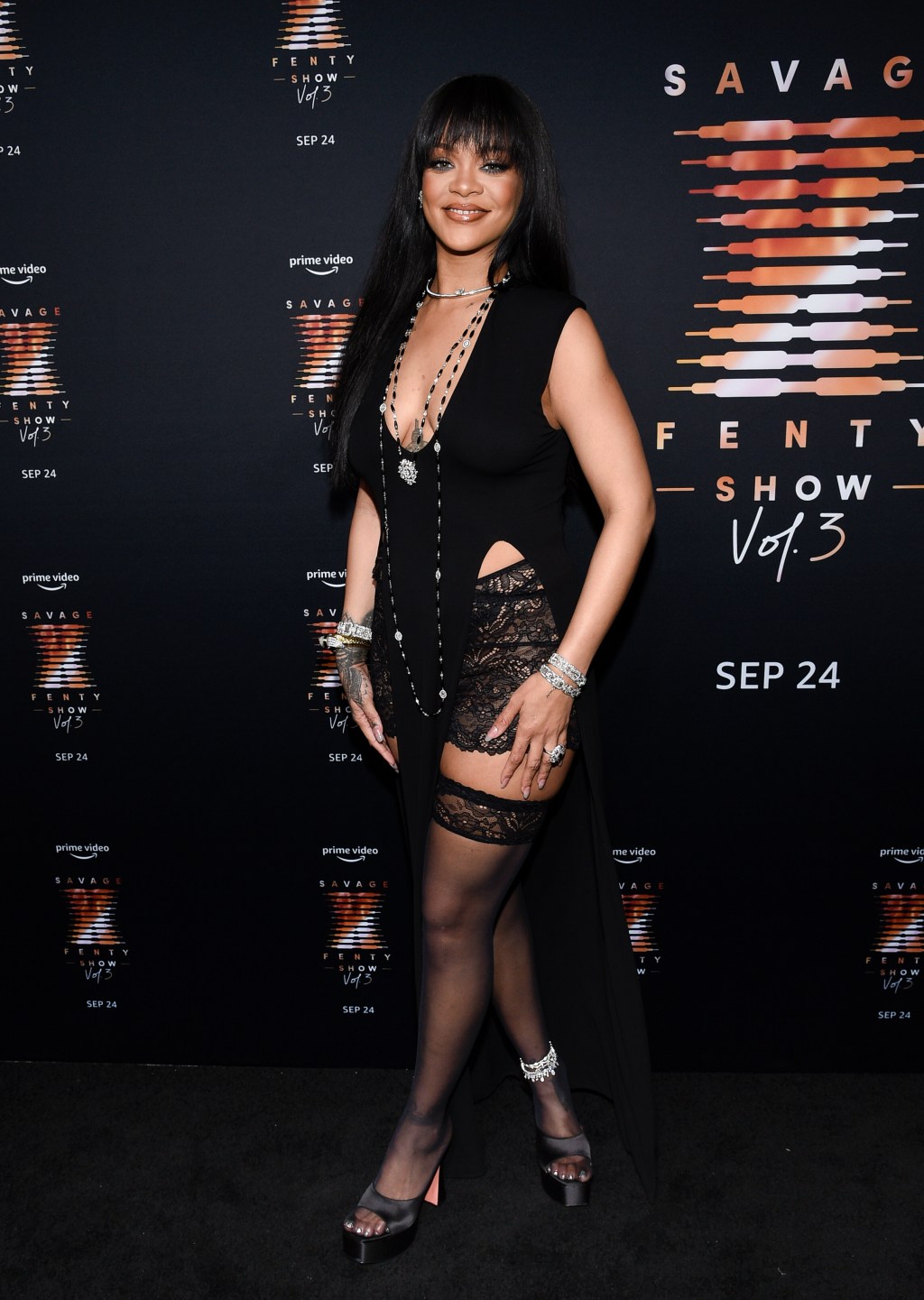 Rihanna has always been known as one of the most stylish stars of our generation, so it’s no surprise that fashion searches have increased since her pregnancy announcement.

The singer, who is expecting her first child with boyfriend A$AP Rocky, announced her pregnancy in photos where she is seen in a hot pink Chanel trench coat and long blue ripped jeans as she walked hand in hand in hand with the rapper on the streets of New York. She also wore a black belt adorned with Chanel jewelry and had her hair in long curls, keeping her makeup simple.

The pink Chanel coat is said to be from the fashion house’s fall 1996 collection.

According to data from Love the Sales, an online fashion aggregator, searches for several items related to Rihanna’s maternity outfit have increased significantly over the past few hours. Searches for “pink padded coats” are up 200% from the previous hour, while queries for “ripped jeans” are up 175%.

Additionally, searches for “pearl necklaces” increased by 80%. The elaborate pearl piece worn by Rihanna is from Vintage by Misty and is said to cost $11,000.

Rihanna and A$AP Rocky have reportedly been dating since late 2020, with the latter confirming the relationship in May 2021 during his interview with GQ, in which he described it as “the love of [his] life.”

Throughout their relationship, the two have established themselves as one of the most stylish couples of recent times, stepping out in lavish, coordinated looks for everything from the Met Gala to street style.

Rihanna and A$AP Rocky Expecting Their First Child: A Look at Their Dating Style

Rihanna is expecting her first child