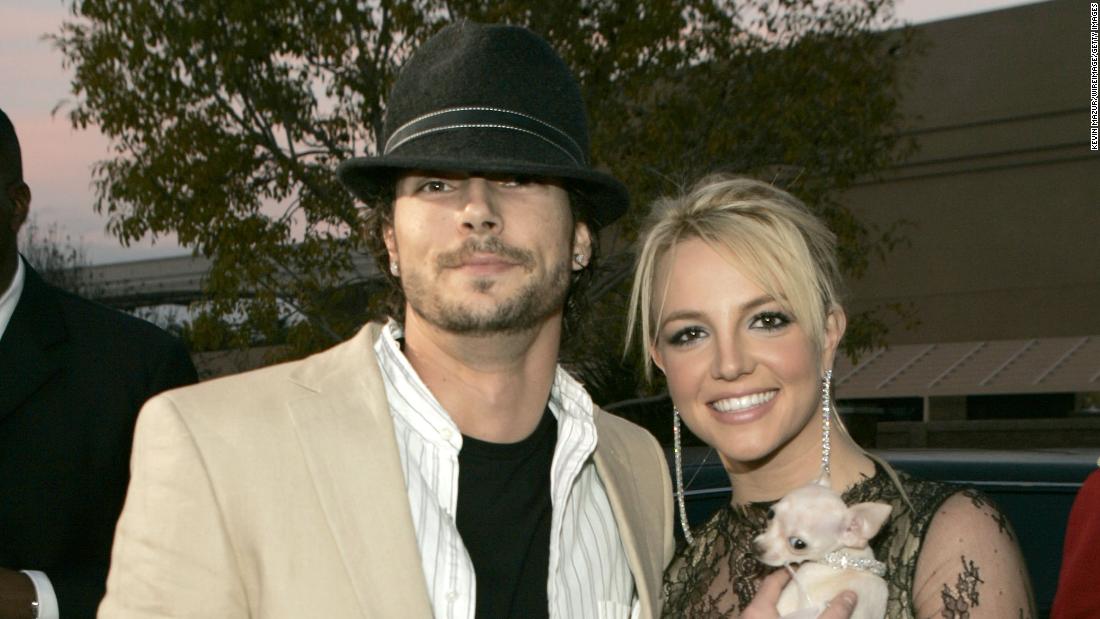 Filipino American fashion designer Monique Lhuillier wants to make your dreams come true. She wants you to imagine yourself dressed in cream silk, lace and verdant flowers, running through the gardens of Lake Como and toward the love of your life – a scene captured in one of her brand’s recent campaigns.
“People come to me for this fantasy,” explained Lhuillier, who is best known for designing wedding dresses for Britney Spears and Reese Witherspoon, via video call. “They want that over-the-top look.”

Even during the pandemic, when marriages were curtailed and brides around the world were forced to put their plans on hold, the fantasy “never went away,” she added.

“(The brides) never wanted to compromise on the dress. Even though they were going to have a little ceremony, they still wanted the dream dress … (if there were) five people in the room with them , or 200. “

Lhuillier has been distributing fantasies – and fulfilling her own dreams of running a successful brand – since 1996, when she set up her eponymous brand in the basement of her parents’ house in Malibu without even a business plan (” we don’t know nothing, ”she recalls. for ten years when they devoted “90% of their time” to the business.

At the time, Lhuillier, who was born and raised in the Philippines and then lived in Switzerland, was inspired by a sense of “Californian ease,” she writes in a new book retracing her 25-year career. Her early designs offered romantic, modern silhouettes that were close to the body and embellished with unexpected details, from colorful belts to blush veils.

However, the brand was not, Lhuillier recalls, an instant dazzling success. As she ran between bridal shows and catwalks, calling out whoever would sell her brand’s dresses – while also running a Beverly Hills store and developing new designs – there was no time to work with. Hollywood stylists. And anyway, the pair “didn’t realize the power of celebrity dress,” she said.

But that all changed in 2002, when Angelina Jolie asked to wear one of her dresses for the Golden Globes. The elegant look was not a cream, beige or white, but rather a strapless black dress paired with a shawl and pearl necklace. Then, the following year, the brand was noticed when Lhuillier made for the first time a wedding dress for a “mega celebrity”: Britney Spears.

Spears was splashed in every magazine back then. After kissing Madonna at the VMAs, then marrying Jason Allen Alexander – only to have the union called off 55 hours later – she went on to announce a surprise engagement to backup dancer Kevin Federline.

In search of a dress for the wedding, a friend and stylist of Spears contacted Lhuillier and arranged a series of dates in secret places to prevent the paparazzi from harassing the singer. It made it difficult to give Spears “the whole experience of a bride,” the designer recalled, as she couldn’t just show up to her studio.

“I didn’t just bring her two dresses, I showed her what I would show (all) my brides, so that she could feel like she really had the (typical bridal) experience,” said said Lhuillier, explaining how the brand designed the bespoke lace, accessories and veil for Spears, as well as the dress.

Lhuillier was also commissioned to make a “fun and flirty” reception dress and dresses for the whole wedding party, in a strict color scheme. She was given six weeks to design and produce everything, a huge task considering she was also preparing to show off a ready-to-wear collection at New York Fashion Week.

When the press found out about the wedding, the pressure mounted.

“The day before my show, I got a phone call from his team,” she recalls. They said, ‘People are finding out, so we have to get the wedding to take place earlier, so now you will have three weeks. ”

In a way, she succeeded. Photos of the nuptials have been splashed in magazines and on the internet, with Spears’ white silk gown, embroidered train, and floor-sweeping veil in the spotlight. Soon more and more of his ready-to-wear items were appearing on celebrity red carpets, and Lhuillier “could sense the momentum” when people finally began to fully understand his French surname – loo-lee. -ei.

“It helped people figure out how to pronounce our name; it helped hearing it a few times on the (red) carpet. It really cemented our name and the idea of ​​Monique Lhuillier and glamor.”

A quarter of a century later

Celebrating its 25th anniversary this year, the brand remains proudly independent, with Lhuillier as Creative Director and Bugbee as CEO. Their dresses – and now the furniture and jewelry, among other things – are American made, so the designer can stay “on the go”. (“It’s not the cheapest way to do it, but that’s how I like to work,” she said.)

Lhuillier is now more aware of the power of celebrity and has an employee in charge of VIP requests. Celebrities like Taylor Swift, Kaley Cuoco, Heidi Klum and Elizabeth Banks have all turned to her for major events, while Carrie Underwood and Lea Michele have asked her for their dream wedding dresses. Reese Witherspoon, a close friend of Lhuillier’s, wore the designer’s white dress and blush satin belt for her second wedding, to Jim Toth, in 2011.
In the preface by Lhuillier new book, Witherspoon wrote: “(Monique) understands why women want to wear something that makes them beautiful and how her designs will become part of the fabric of their lives.”
Indeed, Lhuillier’s knack for figuring out what women want to wear during life-changing moments remains astute, with her self-proclaimed “whimsical” new collection focusing on floral prints, colors and shorter hems. But the pandemic has damaged her business, as brides around the world have turned to Zoom fittings and scaled back their plans. With more time for her during the lockdown, the designer has taken care of a new line of fine jewelry. Created in collaboration with the retailer Kay Jewelers, it is a project close to the heart of Lhuillier, his grandfather being a jeweler.

“Jewelry, for me, was a natural (progression). It’s part of history. Without a ring, there is no dress,” she said, adding that each piece is engraved with a short message from him.

Figuring out what comes next is a tall order, especially since she has already been shown at Paris Fashion Week, received a Presidential Medal of Merit from former Philippine President Gloria Arroyo and she received the seal of approval from American first ladies Michelle Obama and Melania Trump. Lhuillier said that as an immigrant who had lived in the United States for almost 35 years, it was “an honor” to dress the women of the White House.

The designer, who lived in the Philippines until the age of 14, said she still carried the country’s “kindness” and “traditions” with her. Describing herself as a “citizen of the world” she said: “It was a gift to be raised in Asia… picking up all these cultures and bringing back family has always been the most important thing.”

Yet rather than creating designs inspired by the Philippines, she believes that “good design transcends so many different cultures.”

“I decided to create this brand so that women feel empowered and they feel beautiful.”