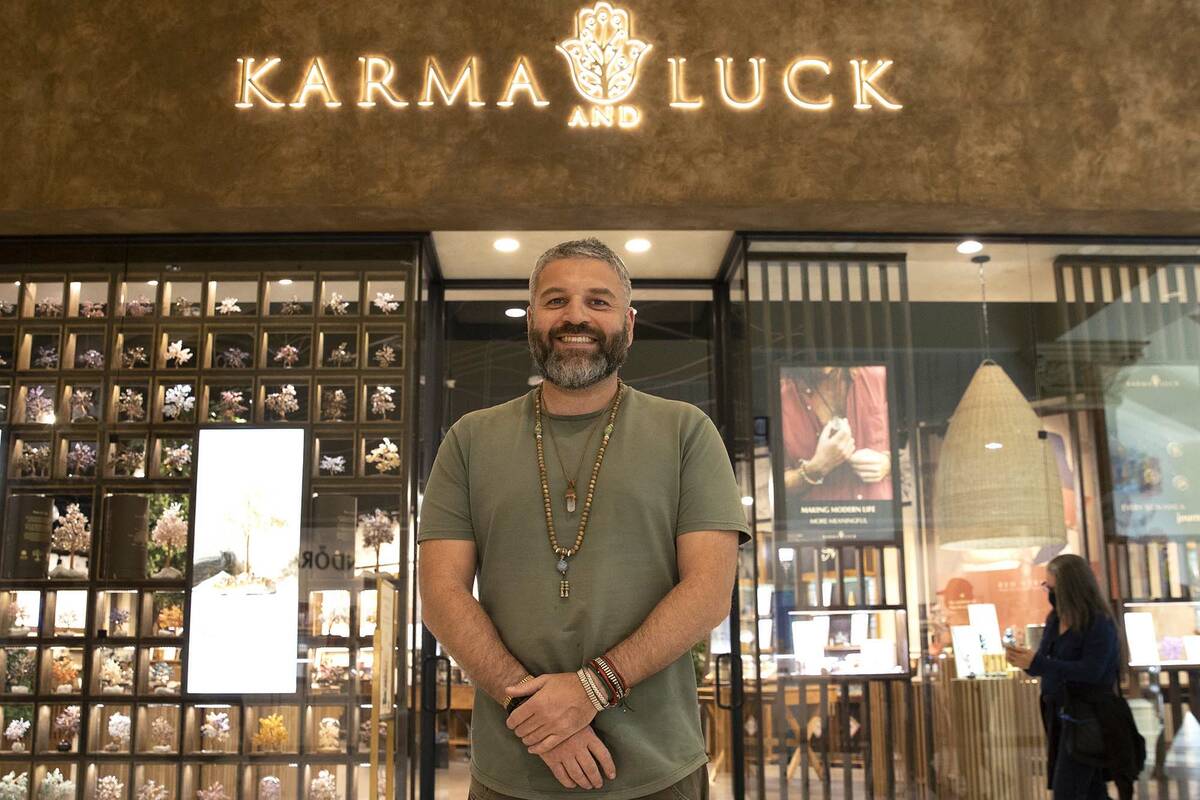 Bergman, founder and CEO of jewelry and home decor store Karma and Luck, said he had to lay off nearly 90% of his staff and close nearly all of his eight stores for good. But Bergman quickly saw an opportunity, and it is now paying off.

“We made a huge shift from brick and mortar to e-commerce and our e-commerce business grew by about 1,000%,” Bergman said. “When the stores closed, my team and I came in with carts and started pulling out all the inventory, bringing it to our warehouse, and then bringing in models to shoot the product. We had millions of dollars in inventory that was left there, so we put it all online and sold it.

Bergman said the change is what prompted the company to open its first physical store outside of Nevada. It opened a location at The Galleria mall in Houston, Texas in December 2021, and it plans to open two more in New York this month, followed by a store in Los Angeles and Miami.

“We’ve never been aggressive online before and this opportunity (during the pandemic) was basically for us to introduce Karma and Luck globally and that’s exactly what we did – very aggressive customer acquisition. while people were sitting at home,” Bergman said.

He also said federal relief programs for small businesses, such as the Paycheck Protection Program and the Economic Disaster Loan Program, added an extra layer of support, preventing Karma and Luck from closing. definitely its doors.

“Without government support, I’m not sure we would have stayed in business,” he said. “The malls didn’t give you discounts (on rent). We were fortunate to have secured PPP and EIDL funding, but we also benefited from the growth of the online business.

Online sales soared during the pandemic as many stores remained temporarily closed or operated with capacity restrictions.

Meanwhile, research firm Forrester says in-store sales will still outpace online sales despite a large chunk of consumers accessing virtual checkout since 2020. It predicts 72% of retail sales will be in stores. physical stores in 2024, noting that even during the pandemic “consumers have shown that they will continue to shop in-store when they feel it is a viable option.”

Analysts, including those from Forrester and the National Retail Federation, point out that in-store purchases will overtake online purchases as customers prefer the experience of seeing and touching a product. And with the recent lifting of mask mandates and the easing of travel restrictions, Bergman’s retail expansion appears to be at the right time.

Since 2015, Karma and Luck has built a brand to help customers connect with different cultures through jewelry and home decor for men and women and their pets.

The objects, which are blessed with a singing bowl, are themed around spirituality. For example, Karma and Luck offers stone bracelets with an evil eye symbol meant to deflect negativity.

Its popular trees, known as the tree of life, have gemstones for the leaves and an agate stone base. The tree comes with a card for clients to write down their dreams or goals as well as a feng shui energy map. Depending on the color of the tree’s gemstones, it can offer metaphysical properties such as protection or health, Bergman said.

Prices range from $15 for a bronze cat collar charm to $579 for a 14-inch tall aquamarine tree of life. The materials come from countries such as India, Brazil, Thailand and Bali.

“One of our advantages is that we’re a very strong gift brand,” Bergman said. “I try to be a leading gift brand that offers something different – with a little more meaning.”

He also noted that the company plans to launch a green wristband; for each sale, the company will plant a tree in Madagascar. It is similar to her red string bracelet, with sales benefiting charities such as Three Square in Las Vegas and the Make-A-Wish Foundation.

Bergman said Karma and Luck’s focus on online business has resulted in a healthier split between its retail and online sales. He said 65% of his sales came from the internet, up from around 10% before the pandemic.

It also gave the company the ability to see where its customers are, which helped it decide to open its first store outside of Nevada in Houston.

“The store does better than our Vegas locations,” Bergman said. “We knew Karma and Luck had huge fans in Houston because we delivered there, but we always thought Vegas was the gold mine because there’s huge foot traffic and also a variety of demographic data.”

He now plans to open a store in Austin.

Bergman was quick to add that the number one state for his online sales was Nevada. He joked that it’s “probably not the most spiritual place in the United States,” but attributes the popularity of Karma and Luck’s hometown to its longtime presence in the Las Vegas Valley.

“That’s why we believe our physical retail stores will drive online sales in every region,” he said.

While the company is sticking to tourist destinations such as Los Angeles and Miami for its initial expansion plans, the ultimate goal is to make Karma and Luck a global brand.

“It’s always been the vision to make it a global brand,” he said. “We don’t have a target audience because our audience is everyone. Everyone needs karma and luck.