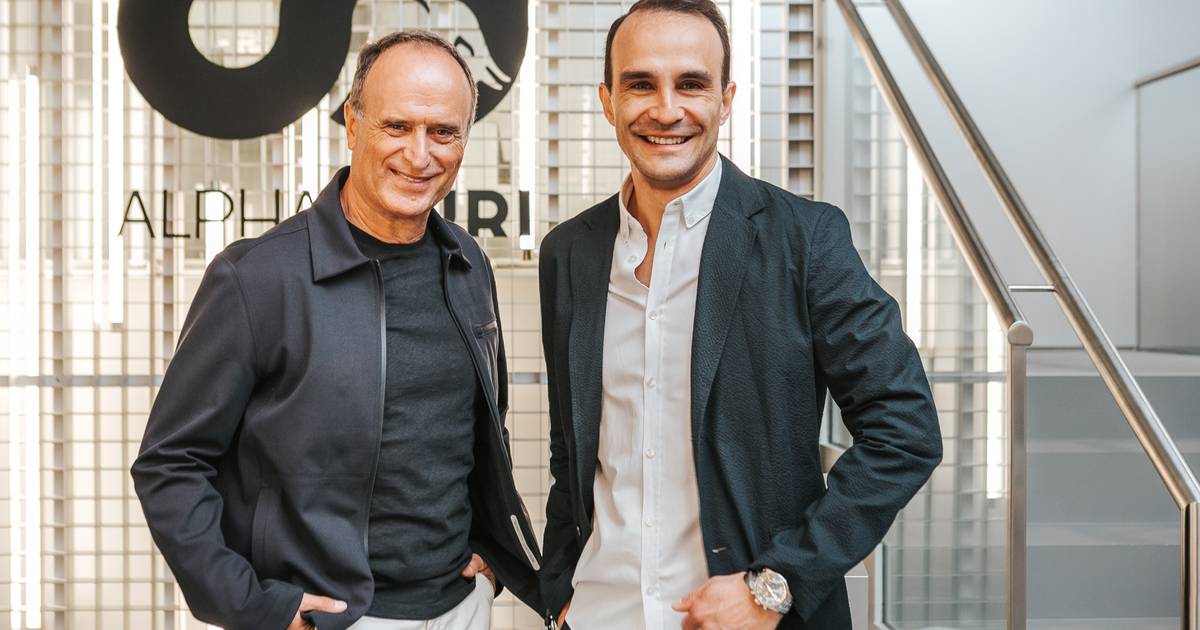 International expansion and partnership with Formula 1

AlphaTauri wants to leave the pandemic behind and looks confidently to the future. Thus, the Austrian label is pressing the gas and taking advantage of all its opportunities to take off internationally, even far from its own Formula 1 team. At an in-store event at the end of March in Vienna, AlphaTauri celebrated its expansion with a few guests. FashionUnited was also present and spoke with CEO Ahmet Mercan about the brand’s goals.

The flagship store in downtown Vienna, which has been open since December, is located a few meters from St. Stephen’s Cathedral on the bustling shopping street “Graben”. It was no wonder, then, that the Thursday night event with its more than 100 cheerful guests and the hip beats of the DJs grabbed attention and caused passers-by to stop. Drinks to match the party mood were of course provided by AlphaTauri’s parent company, Red Bull.

AlphaTauri continues its international expansion and plans a store in London

In addition to Vienna, AlphaTauri has two other Austrian stores, in Graz and Salzburg. Even across the border, the brand is currently planning its first store of its own, which will open soon in London. But AlphaTauri also continues its wholesale expansion. After launching the international expansion in 2020 with around twenty commercial partners in Germany and Austria, the brand is now available in 130 points of sale in 14 countries such as Italy, Spain, France and also on the market of the Benelux. The company plans to add six more countries next year.

But the brand is also already present on e-commerce with its own online store available in 86 countries. “Our goal is to map expertise across all channels as a single approach – from our own e-commerce site to our own stores to wholesale,” Mercan told FashionUnited.

The knitwear and outerwear categories are an integral part of this AlphaTauri signature. The brand has now established itself particularly in the outerwear segment, which has been part of the brand’s DNA since its inception. However, there are also ready-to-wear categories such as pants, which the brand wants to develop further after positive feedback from retailers and end consumers.

This focus – with a focus on outerwear and knitwear – is also evident in the store. In the entrance area of ​​the two-story space is a 3D knitting machine which is part of the “experience area”. Upstairs are the men’s and women’s collections. Additional screens, light installations and an artificial landscape of stones and grass give a modern touch to the rather simple store. This new store concept also impressed the mixed audience – hip kids, celebrities and fashion industry representatives celebrated together and tested the items as well as the technology in the store.

Top manager Bruno Sälzer was also present at the event. The former CEO of Hugo Boss has been active as an executive advisor at AlphaTauri since late December and is responsible for, among other things, driving forward international expansion. According to Mercan, Sälzer’s global experience is an “insane asset” to the brand.

In addition to industry experts, AlphaTauri also relies on tools such as its partnership with Formula 1 to establish a global presence. The brand has used the media reach of the racing world to penetrate new markets. “For the expansion in Japan and also in Turkey, it was an advantage to have a Formula 1 team, which helped us to gain notoriety in these markets,” Mercan said during the interview.

However, it was important for him to clarify that AlphaTauri is “not a spin-off of a Formula 1 brand”, but an independent brand where fashion is at the center of attention. Nevertheless, the sporty styles – with their own textile technological developments such as the Taurobran membrane – adapt to the public keen on leisure and racing.

“For us, it’s about the beauty of the product and not necessarily integrating the technology into it. Functionality and technology are always an add-on,” Mercan said. “The biggest challenge is finding the right balance between fashion and function.”

With this strategy, the brand seems to have successfully taken off over the past two years despite the pandemic. The fall/winter 2022 order cycle gives the brand a positive outlook.

“Everything seems to be picking up and we are also noticing people’s desire to buy. For two years we were in the home office and now we can already notice a slight mood of optimism, coupled with a certain caution. We are sportingly optimistic about the developments,” concludes the CEO of AlphaTauri.

AlphaTauri invited FashionUnited to its event in Vienna.

This article originally appeared on FashionUnited.de. Edited and translated by Simone Preuss.