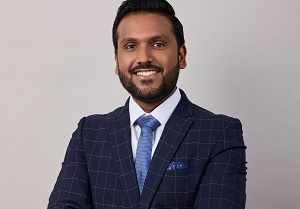 The Indian fintech sector has witnessed phenomenal growth over the past few years. The high penetration of internet and smartphones has played an important role in the evolution and spread of the fintech sector in the country. According to a report by the Ministry of Trade and Industry, 40% of total global digital transactions take place in India. The country’s fintech industry has made this possible. Financial services play a key role in any modern economy and India is no exception. Fintech has helped financial services to millions of underserved citizens across the country.

Evolution of Fintech in India

The real story of Fintech in India started in 2016 when the demonetization of 500 and 1000 rupee notes happened. Although few fintech players already existed in the country before 2016, the country was a cash-dominated economy. With demonetization, various new players have entered the Indian fintech landscape. Initially, the majority of people were reluctant to use digital payment methods and other transactions. People felt compelled to use digital modes of transaction as cash was lacking in the economy. However, it wasn’t long before most people realized that digital transactions offered convenience, security, and flexibility. The emergence of Unique Payment Interphase (UPI) has further revolutionized the country’s fintech sector.

What started as a simple mode of digital transaction has quickly become a full-fledged sector of the economy. Digital lending, online KYC, digital insurance, digital microfinance, buy it now and pay later, branchless banking, and several other new fintech services have emerged in less than 5 years. India’s fintech industry was valued at $50 billion in 2021 and is expected to reach $150 billion by 20251. Currently, there are more than 6000 fintech start-ups offering a wide range of services in the country. Fintech adoption in India is estimated at 87%, which is significantly higher than the global average of 65%2. The power of the fintech industry can be understood by the fact that even the traditional banking system, which is averse to change, is being forced to adopt digital technologies to stay afloat. Several traditional banks are forging partnerships with fintech start-ups to stay ahead of the competition.

The reasons for the success of fintech in India

There are several reasons behind the success of the fintech industry in India. Indians’ affinity with the internet and smartphones has played an important role in this regard. The Indian government’s efforts for a cashless economy and digital India have helped the industry flourish. India is the youngest country in the world. The new Indian generation has neither the time nor the patience to deal with the traditional banking system which often evolves at a snail’s pace. This generation wants quick results that can be delivered in seconds on their smart devices. The fintech industry has benefited enormously from this attitude. This generation also does not have rigid fundamentals and is therefore quick to embrace any new changes.

A large portion of India’s population has been underserved by traditional financial services. The fintech industry quickly realized this and tapped into this huge unexplored market. The boom in the e-commerce industry has also helped the fintech sector grow rapidly. As of 2016, the fintech industry in India was growing at a decent pace; however, the advent of Covid-19 accelerated the speed many times over as everyone wanted to do contactless transactions during this time.

Investor attitude towards fintech in India

Almost all market reports indicate a positive outlook for the fintech sector in India. The industry is expected to grow at a CAGR of 31% over the period 2021-25. There are already 21 fintech unicorns in the country. In the first quarter of 2022, 81 transactions worth $1.77 billion took place3. This amount was about 55% higher than the last quarter of 2021. This shows that investors are positive about the fintech market in India and are ready to inject large sums into the sector. Encouraged by the success of various fintech companies in India, many international companies are venturing into the country. India still has a large population that remains underserved by financial services. Investors are realizing that there is still huge potential for growth in the fintech space in India.

The opinions expressed above are those of the author.

Did you miss the FAANG actions? Buy CASH shares instead.

How gray became the king of color