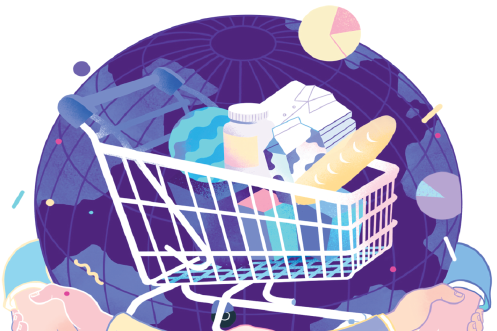 As China continues to recover from the COVID-19 pandemic, its demand for Canadian products through e-commerce platforms appears to be increasing sharply.

Monica Chang, Director of Customer Success at WPIC Marketing & Technologies, said it was important for Canadian exporting companies to be regularly updated on this particular business model, and that Canadian companies should first learn about China before entering the Chinese e-commerce market.

“China is the second largest economy in the world and it is growing so fast with rising incomes, disposable incomes, urbanization, demographic shifts and political support,” Chang said during a webinar titled “ China Ready 2022 Series”, organized by Canada China Business. Council Wednesday.

“My 60-year-old mother can use WeChat and Xiaohongshu to make payment only with her phone. It’s pretty cool! Chang told the audience.

“It’s a challenge for Canadian brands to tap into the Chinese market,” Chang said. “You have to be like an investor to build the brand through Chinese version social platforms.”

E-commerce in China is mainly driven by the innovation of e-commerce platforms such as Tmall, Taobao and JD, and major players include internet giants like Alibaba and Tencent.

“They all build their ecosystem to deter users from leaving their comfort zone to access other additional services,” Chang said.

Thanks to major payment service providers Alipay and WeChat pay, most of the online revenue generated by Chinese customers comes from the purchase of products such as beauty and personal care, sports, food and beverages, fashion and electronics from around the world.

Alibaba has a digital ecosystem with businesses that understand Chinese and international trade. It now has a distribution center in Toronto and several other centers in the United States.

Nicole Lin, country business development manager for Canada at Alibaba, said her job is to serve Canadian brands and businesses selling in China through cross-border e-commerce.

“As the largest e-commerce retail market in the world, China’s annual retail e-commerce market size is larger than the top two to ten countries combined last year. It shows how mature and advanced e-commerce is in China,” Lin said.

What is driving the e-commerce industry in the MENA region?