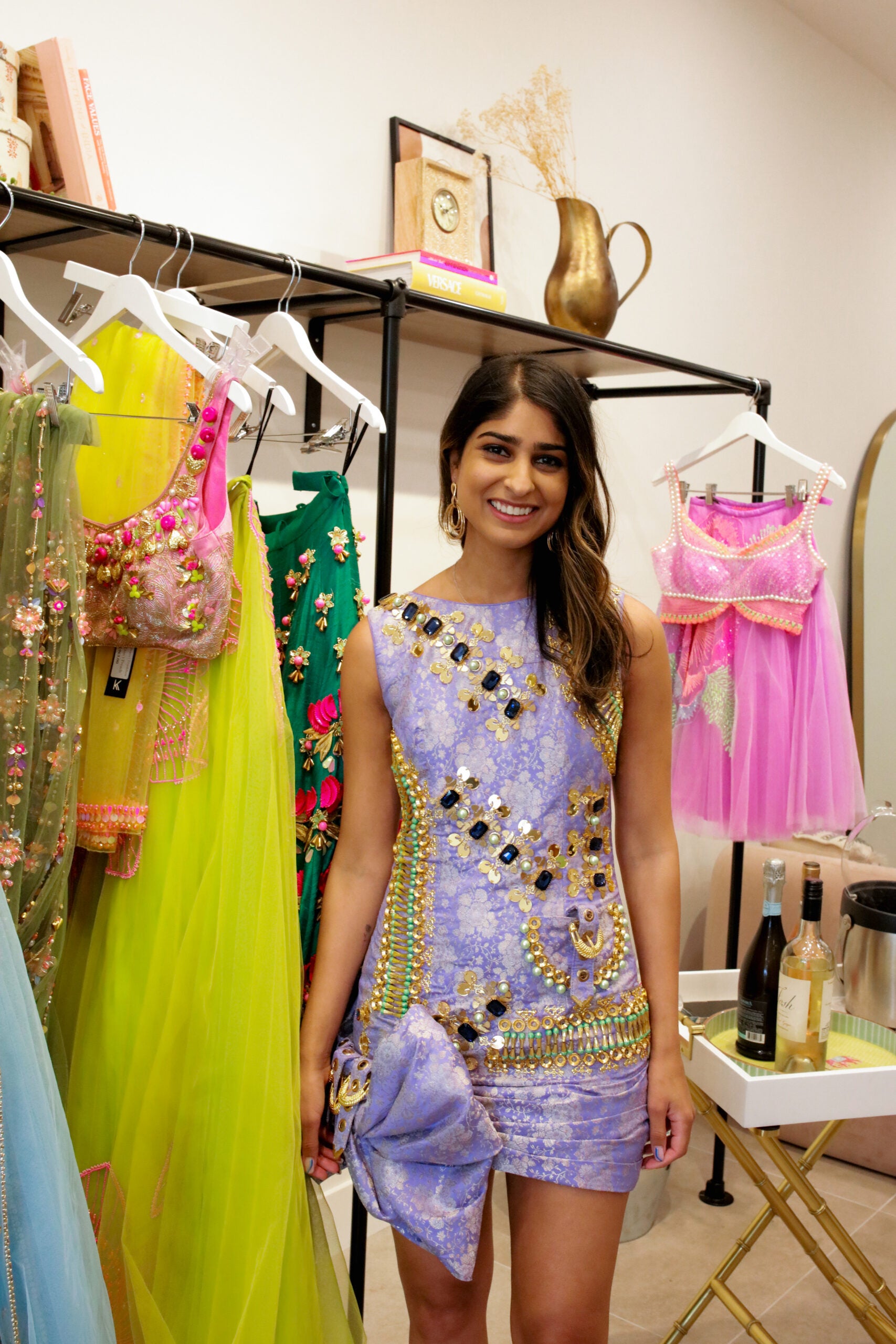 When Aisha Rawji first visited Boston, she knew it was the city she should live in.

As a high school student living in California, Rawji wanted to go to college “as far away as possible” from home, and Boston had always appealed to her. During a visit, she falls in love with the city and the campus of Boston University.

Rawji graduated from BU in 2014 with a business degree and moved to New York to work for an advertising agency.

While she loved her job, she says, she realized something was missing. So Rawji enrolled in a fashion entrepreneurship course, which opened her eyes to the inner workings of the fashion industry.

It set her on a path that led her to start Kynaher e-commerce venture in 2017. Now she’s on to another first: a brick-and-mortar store in Los Angeles.

The daughter of two entrepreneurs, Rawji always knew she wanted to start her own business. (His mother also owned an Indian clothing store in Los Angeles in the 1990s.)

According to her website, Rawji launched Kynah (meaning “woman leader”) with the aim of “redefining the way women customize, buy and wear Indian clothing.”

The company specializes in both bridal clothes and also the outfits that guests wear to a wedding.

The business is designed for a new generation of “modern South Asian women”.

Although some parts of the country have Indian clothing stores, Rawji’s move to an e-commerce store has expanded the number of brands shoppers can access and made the shopping experience more convenient.

“We’re one of the first e-commerce stores (of its kind) in the United States,” she said.

With offices in India and Los Angeles, where she resides, Rawji splits her time between the two locations. She works with about 25 designers.

Late last year, Rawji opened a Kynah pop-up store in Los Angeles for what she expected to be a month. The response was so positive that it became Kynah’s first permanent showcase. The official opening is set for June 15.

Customers come from all over the country, she said. “It’s still a faster trip than going to India,” she said.

As she looks to the future, Rawji plans to open more stores in New York, Canada and the UK. She also plans to expand the offering of non-bridal wear.

“The options are endless,” Rawji said.

Although Rawji doesn’t have much free time to visit Boston these days, she’s been back several times since graduating.

“It’s so different from when I was there,” she said. “There are so many new restaurants.”

She has fond memories of shopping along Newbury Street and visiting Boston Common.

“The whole city is your campus,” she said. “I never got bored.”

Stay up to date on all the latest news from Boston.com

Quinoa in E-commerce Market to See Huge Growth by 2028