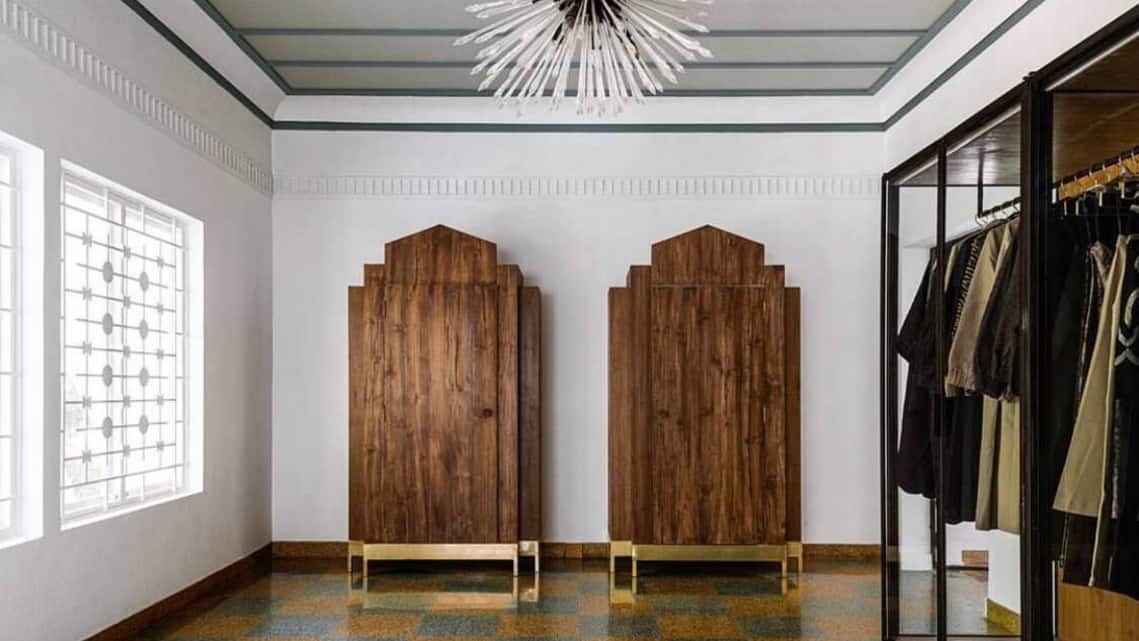 Sanjay Garg has just returned to Delhi after opening his largest store in the country, in Chennai. Named Malligai (jasmine in Tamil), the 5,400 square foot store lives in a white Art Deco bungalow near Cenotaph Road, showcasing the designer’s dedication to India’s textile traditions.

With walls painted a sleek white, the 1960s building marries the “ever-changing style” of the Raw Mango with its original features.

As Adityan Melekalam, the creative visual director of Raw Mango who played a crucial role in the design of the once family-owned building, says, “We wanted to create a space inspired by the geo-cultural context of the building. / region but not dictated by it. Raw Mango spaces don’t have a “style” they subscribe to. They generally evolve to contain different styles and approaches, which are often determined by the structure they occupy. He adds: “In this case, the structure or the style of the house had nothing to do with the traditional architecture of the region. It was a bungalow built in a vernacular version of Art Deco. There are several elements in the original structure that we have kept or developed. A few, however, were imposed as we were trying to break away from recreating the space as is. We repeated some elements and approaches from previous stores, like playing with material combinations and proportions. »

Read also: Raw Mango celebrates the rococo period in the colors of summer

Garg informs that the furniture was designed and produced in-house.

We spoke with Garg to find out why he chose Chennai as his fifth store, his future plans and what motivates him. Edited excerpts:

Why this particular building in Chennai?

I just fell in love with it as soon as I saw it. It is a beautiful structure.

Was Chennai still on the cards?

Well, I absolutely wanted Raw Mango stores in at least seven cities. We are discovering the rest. Everything happened over time… I didn’t even know that I would be a brand one day. I always thought of myself as an activist who was going to solve a problem.

Hand weaving. It was despised like that behenji sari… like something that only a certain category of people could wear. This perception hurt me a lot. And I never liked the word “traditional”. I believe the saree is a garment that can work in so many beautiful ways. And that’s what I wanted to do. I wanted to tell the world that something so old can also be so modern and relevant for years to come.

Have you always been so passionate about the loom?

I think me and my siblings always had this thing in us that we wanted to do something that brings change to the country. We come from a Hindi background and were brought up with the thought that we have to improve India somehow. Like my sister, she is working with indigenous food at the moment. She visits villages across India and documents different varieties of foods that people eat. She found about fifty edible flowers. There are so many things in this country that we don’t yet know, that we are still discovering; it’s just amazing.

You mentioned that the pandemic was good for business. Could you tell us how your client has evolved over the last two or three years?

I think more people are celebrating sarees now. They realized they could carry it wherever they went. We see more and more young girls coming to us. Also, when it comes to wedding attire, women now decide whether to wear a saree on their big day instead of the family making the decision for them. So there is definitely growth there.

Do you envisage Raw Mango opening an international store?

Not immediately. I think I have a lot of work to do here first.